Wherever you are in Adelaide or South Australia, Murray’s offers pest control solutions for spider problems. 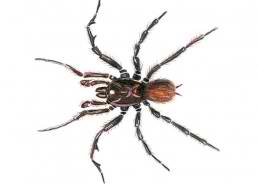 View our fact sheet on spiders 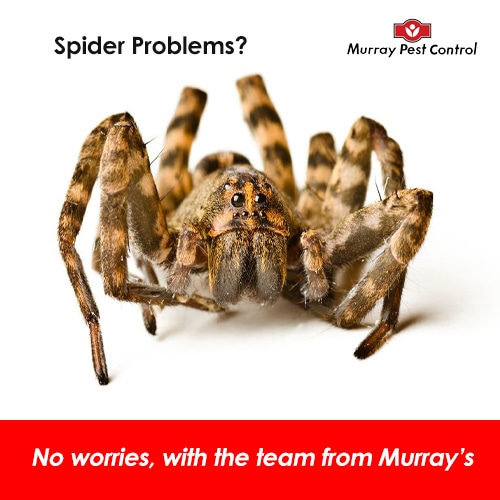 If you don’t like spiders, you’re not alone. Arachnophobia is the most common animal based phobia. For most people, spiders best define the term ‘creepy crawlies’. Spider webs are unsightly and a nuisance around the house.

While they’re an important part of the environment, spiders don’t belong inside and some species can bite. Many people have regular spider treatments at their home to prevent a problem before it begins.

Murray’s treats outside and if necessary inside, depending on the level of infestation. Discuss your spider problem and our warranties with a friendly Murray’s Customer Service Advisor.

Spiders differ from insects in having 8 legs instead of 6 and two body sections instead of 3. There are about 40,000 different species of spider. Some are ground dwelling, while others live above ground in and on plants and buildings. They prefer warm temperatures and moderate humidity.

Most spiders eat small insects. Some use a web to trap their meal while others like the Australian White Tailed Spider are purely predators. They are swift moving hunters and scurry away when disturbed.

The bites of some spiders can be dangerous. The Funnelweb is one of the most dangerous and the Redback is also poisonous to humans. In recent years, the development of anti-venom for these two has reduced bite fatalities. The White Tailed Spider has been implicated in the development of ulcers that are difficult to cure.

Spiders generally enter buildings through gaps like unscreened windows or under doors – so draught excluders can be an effective deterrent. Most spiders are nocturnal and therefore more active at night.

The best way to avoid spider bites is common sense. Check bedclothes every night and if you leave clothes on the floor, shake them before getting dressed. Spiders can be easily removed into a glass jar and placed outside.

Switch off unneeded lights because they attract the insects that are food for spiders. Check pots and garden furniture before bringing them inside and teach children about the danger of the Funnelweb, White Tail and Redback in particular.

Despite their fearsome appearance, it’s actually good to have a Huntsman around the house. These large, non-venomous spiders prey on the more dangerous white tailed spider as well as cockroaches and other crawling insects.