With winter here and the fires roaring and gas heater ramped up, you might begin to here some critters at night, "pitter pattering" across your roof or in your ceiling. Is it a ghost....? Little green men....? Probably not.

While I'm sure some people have both the above, it's more than likely either rodents, or possums. They, like any other creature, are lured to the warm and dry crevices of your roof space or ceiling.

Depending on where you live, you might have seen a number of different species of possum. The main species you may of encountered are the common brushtail, the honey possum, the mountain brushtail, the green tail, and the copper brushtail possum. There are quite a few more but these are the most common. In many parts of Southern Australia, probably the most prominent is the brushtail.  There are a number of ways to remove possums from dwellings. This includes home made humane traps, or engaging a professional possum removal service.

But....before we discuss that, let's take a look at a story from the US, where a possum became so braizen that it would steel a domestic cats meal from right underneath it's nose. We're not talking about sneaking in, grabbing a morsel, and scampering off. No...we're talking about a possum just swaggering in and plonking itself down in front of the cat food bowl and chowing down.

The Possum That Stole The Cats Food

The story or rather a series of photographs, appeared on the popular cheezburger.com site. 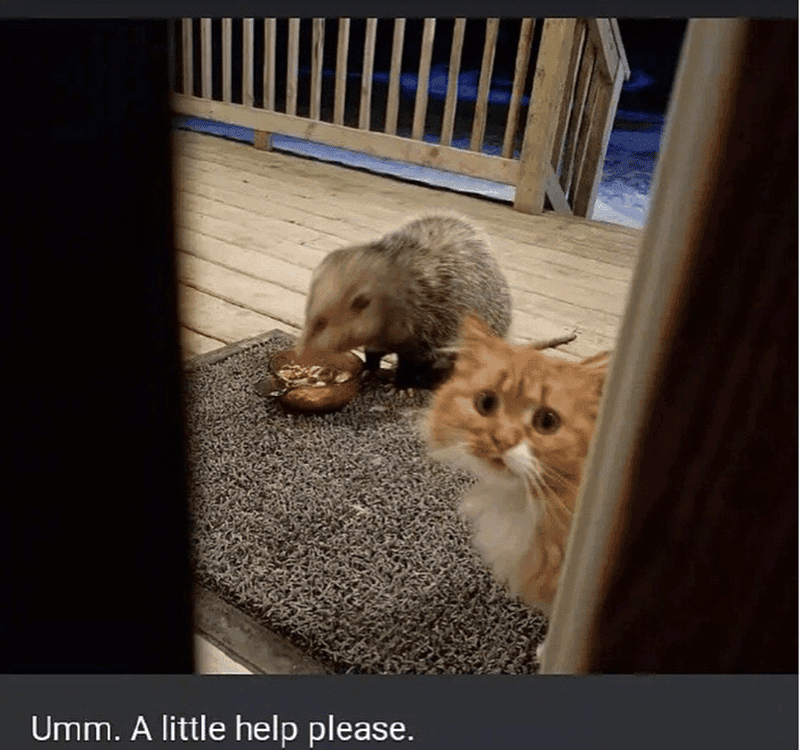 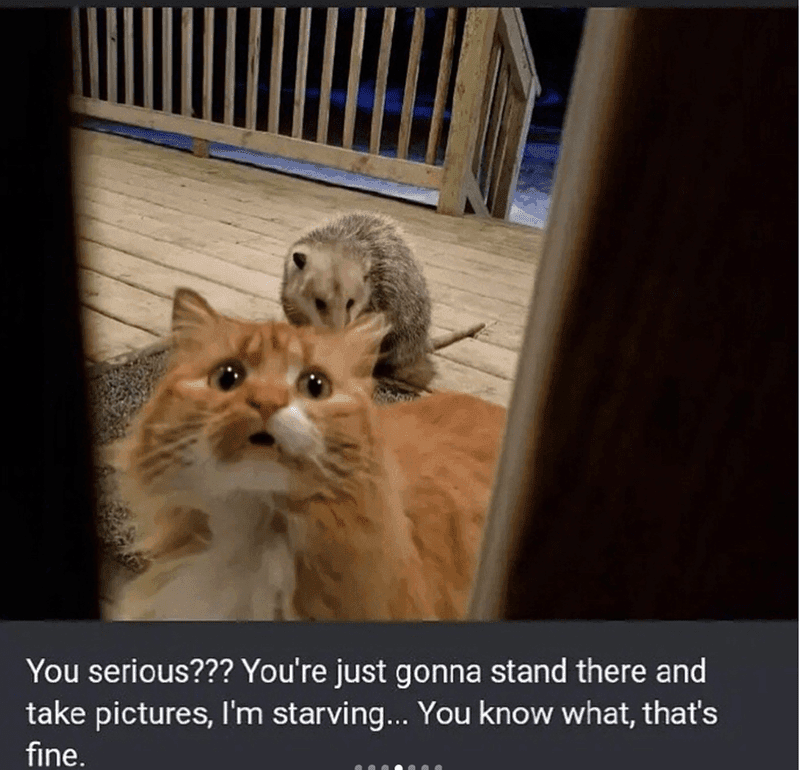 Generally this is not going to happen, but it depends on how tough your cat is!

How To Remove Possums Humanely

These are pretty common and you pick them up at Bunnings and some hard wear and fodder stores. You can also just jump on gumtree.com.au and find them quite cheap, even if they do need some repairs. Watch the video below to see how they work.

Make Your Own Trap

If you don't want to purchase one, and you've got some bits and pieces lying around at home, you might want to make your own. It's rather simple, easily made, and humane.

The video below shows a simple trap made by a guy at home.

Where to Place A Possum Trap

The obvious place to set your trap is where possums are most frequent. That can be hard to determine though if you've never actually seen them. Generally speaking you need to think like a possum. If you're hearing noises in your roof at night, you can place a trap in the roof space.

Possums have to eat and drink at some point, so placing a trap near a water source, like a sump, tap, pond or gutter is not a bad idea. If you have wheelie bins there's a good chance they pass by this area hoping for a tasty morsel dropped on the ground.

What To Do If You Have No Luck

If you simply have no luck finding or trapping the possum, it's probably time to contact a possum removal service like Murrays. Not only is it affordable, but we are experienced in humane possum removal. If you didn't know, possums in Australia are protected under the 1975 Wildlife act. They must also not be kept in captivity or as a pet. Large fines and penalties can apply. So even if you do trap one, what are you going to do with it?

As licensed professionals we take care of this and ensure the possums finds a new home, just not yours!

Possum Highway! The camera trap I recently built is producing stunning photos of wildlife in the @GreatForestNP

Here are 3 stacked photos of a Leadbeater’s Possum, Sugar Glider and Dusky Antechinus. Can we stop destroying their habitat now? @DanielAndrewsMP @LilyDAmbrosioMP pic.twitter.com/0aDVtguiPE