Cockroaches as we all know have been around for possibly millions of years. According to this article on Terminix they possibly could of been roaming the earth as long as 350 million years ago. The fossil record indicates that they were viable back then. This just shows how tough and incredibly resilient they are. After all they survived the mass extinction of the dinosaurs, where almost every living creature on the planet perished.

They haven't survived this long without an incredible ability to adapt. It now seems they are once again evolving to resist what even modern day humans can throw at them! 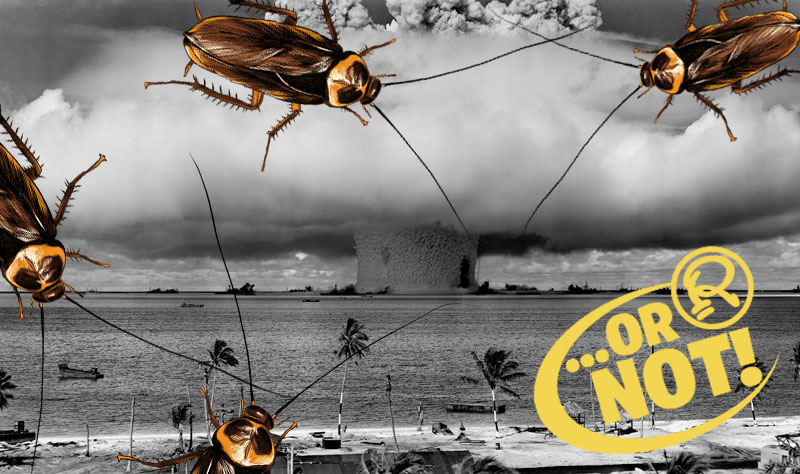 Are Cockroaches Becoming Resistant To Insecticides?

Here at Murray's, we regularly deal with cockroach infestations and treatments. There is research and some anecdotal evidence that the little critters are starting to become resistant and immune to standard treatments.

An article in July this year at the NY Daily News reported that:

"A Purdue University study found that the commonly found German species of roaches are being born with an immunity to toxins with which they haven’t yet been in contact. The shocking study, published on Live Science, concluded the evolution of the German cockroach, also called the Blattella germanica, develops an immunity to new poisons in as quickly as one generation of offspring."

This is a rather shocking discovery. This is clear evidence of evolution working at an incredible pace. Considering modern pesticides are only a few hundred years old at most, it's an amazing finding, and certainly could explain some of the reason why cockroaches are able to survive so well.

"“We didn’t have a clue that something like that could happen this fast,”study co-author Michael Scharf said. “Cockroaches developing resistance to multiple classes of insecticides at once will make controlling these pests almost impossible with chemicals alone.”

The same findings were also reported in an article on CNN here.

If you're lazy you can listen to the following video:

What Else Can Cockroaches Survive?

As if becoming resistant to modern day insecticides and pesticides wasn't enough, what else can they withstand? Here's a cool National Geographic video showing just what they are capable of.

Do You Have A Crazy Cockroach Story?

Do you have a cool story about roaches? If you do and you live in Adelaide or anywhere around Australia for that matter, we'd be really keen to know. Just use the comment section below.

Bugger: Cockroaches are getting closer to invincibility and world domination.